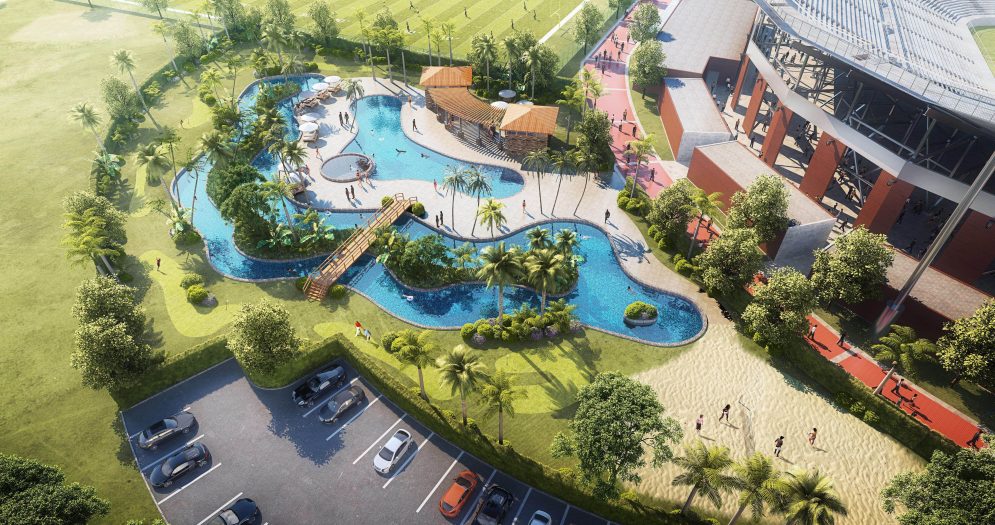 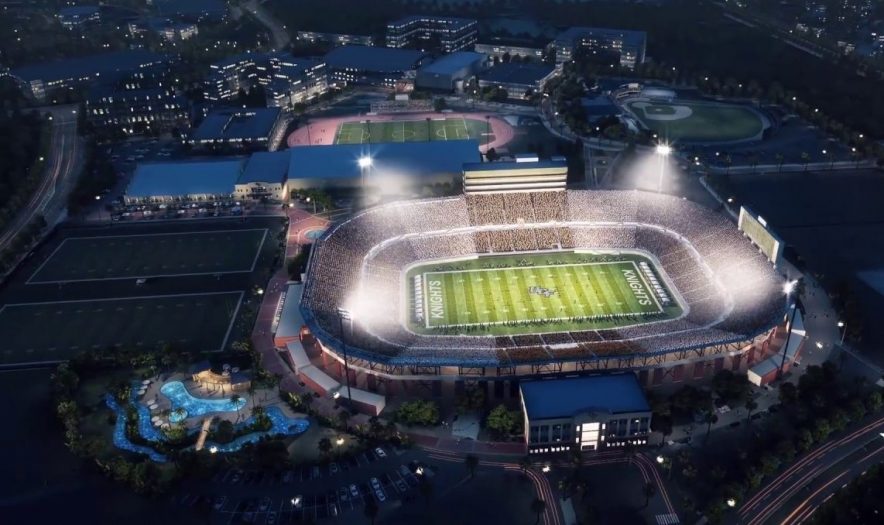 Located on the campus of the largest university in the U.S., the University of Central Florida’s new pool amenity, called “Recovery Cove,” is designed to be used primarily by student athletes, who study, eat, train, and compete in a confined space. The addition of this feature—a 470-foot-long lazy river and 2,680-square-foot, zero-entry connected pool—offers student athletes a place to relax and socialize. Also, the university announced plans to open up the amenities of this entirely privately-funded project to UCF fans as part of a new college football experience they call “Covegating.”