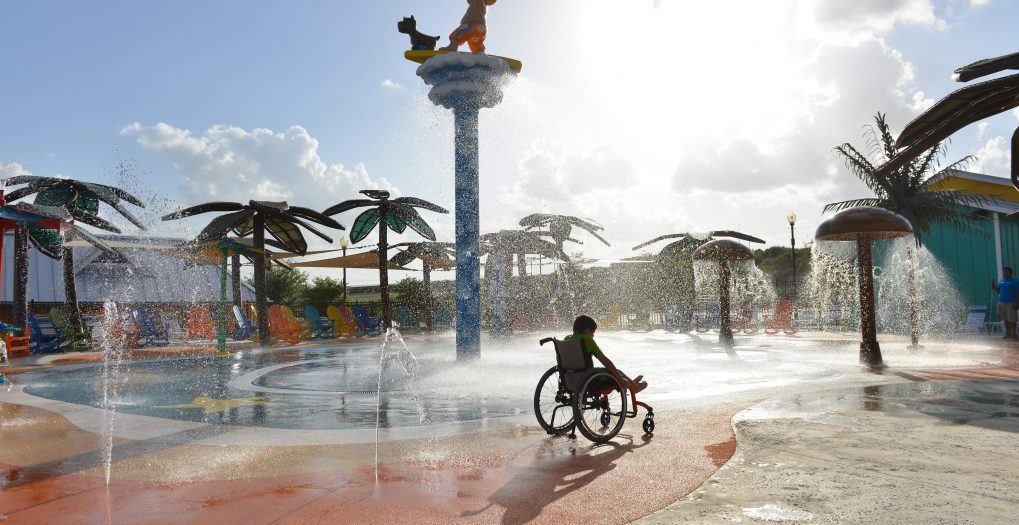 In its July/August issue, Aquatics International named some of the best water features and pools around the world as the “Dream Designs,” once again ranking two projects designed by Martin Aquatic Design & Engineering (Martin Aquatic). This is the fourth consecutive year that Martin Aquatic has been recognized as part of this prestigious list of projects.

Also named one of the Dream Designs winners is Morgan’s Inspiration Island, the newest waterpark addition to the nonprofit amusement park, Morgan’s Wonderland in San Antonio, Texas. Designed to be an inclusive park for children of all abilities, the new waterpark has special features that make the aquatic playgrounds wheelchair accessible and temperature controlled for those who can’t tolerate sometimes cooler water temperatures. Martin Aquatic’s design includes six distinct play areas with whimsical spraying elements and interactive water features. The park has garnered national media attention and is being called the world's first fully accessible water park.

Our team at Martin Aquatic was proud to be recognized for our design on these two incredible projects, and even more proud to be honored among some of the best aquatic features in the world.

For more on our two award-winning projects, visit the Liberty of the Seas project page and the Morgan’s Inspiration Island project page.

Royal Caribbean's Liberty of the Seas